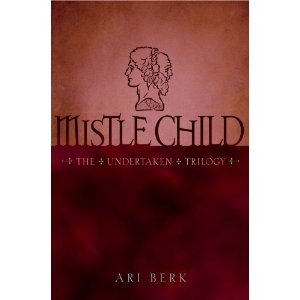 The Mistle Child
By Ari Berk

In life, in death: family remains.
Silas Umber has finally come into his own as the Undertaker of Lichport when a mysterious invitation calls him beyond the marshes to Arvale, the ancestral manor of the Umbers. There, his extended family endures, waiting for a living Undertaker to return and preside over the Door Doom, an archaic rite that grants a terrible power to summon and bind the dead in judgment.
As Silas assumes the mantle of Janus, the Watcher at the Threshold, deep below the earth in the catacombs and sunken towers, grim spirits grow restless at his arrival--hungry for freedom and eager for vengeance against a family with a long history of harsh judgments. Now, Silas must right an ancient wrong and accept that even a house of ghosts can be haunted by its past--for in matters of family, we are who we were.
Delving deeper into the haunting world of ghosts, ancestors, and eldritch lore, Ari Berk returns to the series that Publisher's Weekly calls "thought-provoking gothic fantasy," with a style the School Library Journal praises as "reminiscent of the classic gothic works of Nathaniel Hawthorne and Shirley Jackson."

Characters:
Silas ~ Main character. In the last book he was looking for his lost father. This time around, Silas is trying to remember something he's forgotten (with the help of some friends, unbeknownst to him). He is also on a mission to answer the call of Arvale, the ancestral Umber family home that exists both in our world, and in others.
Lars Umber ~ Silas's guide through Arvale, only other living person in Arvale that Silas has come across. Lars is keeping secrets of his own though, and repeatedly states that he cannot return to Lichport.
Beatrice ~ Ghost in millpond, Silas's love interest
Jonas Umber ~ Ancestor of Silas, helps him become Janus
Maud Umber ~ Ancestor of Silas, helps him become Janus, the one who called him to Arvale in the first place, she is one of the older spirits of the house.
Ottoline ~ Silas's mysterious cousin, living at the "Summer House" within the grounds gates of Arvale with the other cousins. It's a good thing Silas never got around to dining with them.
Mother Peale ~ An elderly woman, and one of the Narrows Folk (the Narrows being the part of town filled with people of the sea) Mother Peale is an old friend of Silace’s father and wise in the ways of those who have remained to wander the streets of this haunted town.
Mrs. Bowe ~ A close friend of Amos Umber, Mrs. Bowe is a source of knowledge and support for Silas as he tries to walk in his father’s footsteps. She lives in a house connected to Silas's, and in this book, she and Silas have had a falling out, although she is still trying to protect him.
Dolores Umber ~ Silas's mother, and much more likeable in this book than the last. For being in the book so very little, she plays a pivotal role twice.
Cabel Umber ~ An Umber ancestor living in Arvale, Silas makes a pact with him before knowing all the details.


Story:
Where last time around (in Death Watch) we were introduced to Lichport and its odd inhabitants, this time around we are introduced to more of the Umber family through the estate of Arvale.
In the beginning of the book, Silas is summoned to Arvale by a messenger sent by one of his ancestors, Maud. Her exact motives aren't clear, although she wails about a child.
Where Death Watch dealt heavily in paternal matters, Mistle Child deals constantly with maternal ones. Everywhere you turn there are mothers surrounding Silas. Male voices are drowned out by the needs of the mothers in this story... and sometimes even the voices of reason are drowned out as well.

Since Silas spends a good portion of the book in a sort of "World Between", the Death Watch itself is rarely utilized. Instead we find ourselves introduced to strange, mysterious objects of power to which we are given passing hints about what they might be. We are introduced to the strange inhabitants of Arvale. In particular I love the cousins who reside at the Summer House. They are almost exactly as I imagined them, if not a bit less malicious than I would have expected. It does make me even more curious about the Umber lineage, though.

Silas spends a lot of time in action, getting done what he came there to do, without really knowing what he was doing at all. While I kind of felt like he was taking some big chances, at the same time, it's good to remember that Silas is a teen, and therefore prone to making rash decisions, especially when people try to keep him from them.

The only complaint I have is that this book was too short. Length is not a detriment to the YA novel when you have the world building capabilities, and luxurious vocabulary of Ari Berk.

I find that I should also note that the one part of the book that has lodged itself in my brain is one tiny, odd little chapter about a stone lion. It was an aside that pointed out how quickly our mark on the world can be destroyed... and how callously. How, even when things are set in stone, they are still subject to change. The chapter niggles at my mind, I find my thoughts drifting back to it. I want to know if there is a true history there, what it references, where this little lion came from, to see his way onto the pages of the book.

Conclusion:
Another beautiful, haunting novel from Ari Berk... and while I would have loved it to be longer, well, that's just me being greedy. I'll take what I can get, and revel in the fact that there is more yet to come.


Click the image below to purchase this book from Amazon
(I am in no way affiliated with Amazon... I just really think people should buy this book) 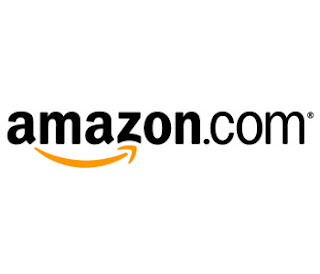