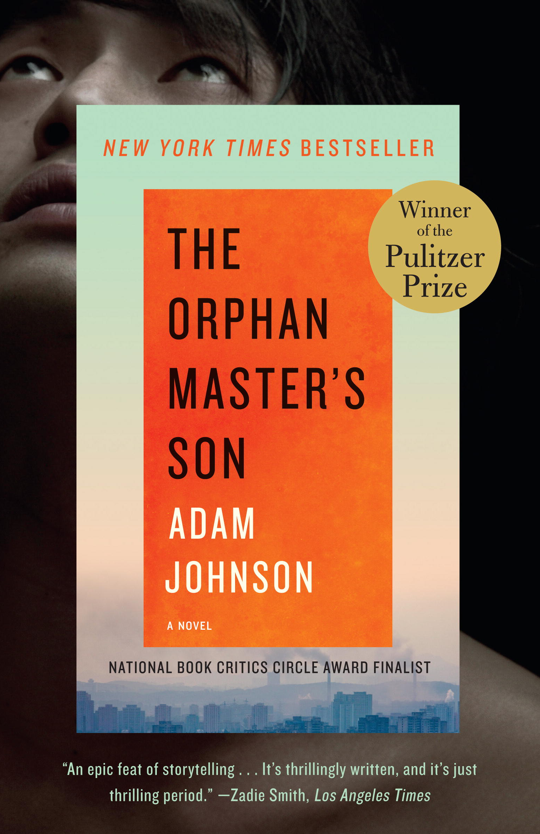 The tale of Jun Do, the story's main character, is harrowing and haunting, something that stays with you when you have to put the book down to head back to your everyday life.

A mixture of pure fiction and unbelievable actual history, the book kept me interested in the story of Jun from beginning to end. Witnessing the roller coaster that is his life in North Korea, it's hard to imagine existing in such a place on a day to day basis.

This story spans from horrifying...  something straight out of an Orwellian novel, to strangely whimsical... in a sort of German Fairytale way. There is always that undercurrent of threat, that hard edge that waits behind every moment of Jun Do's life, and it keeps the reader constantly wondering just what is, and isn't possible in this world created by both Johnson's imagination and historical fact.

Overall: Haunting, and more fairytale-esque than so many of the actual fairytale books I read... I highly recommend this one.
Posted by Heather at 8:42 AM No comments: 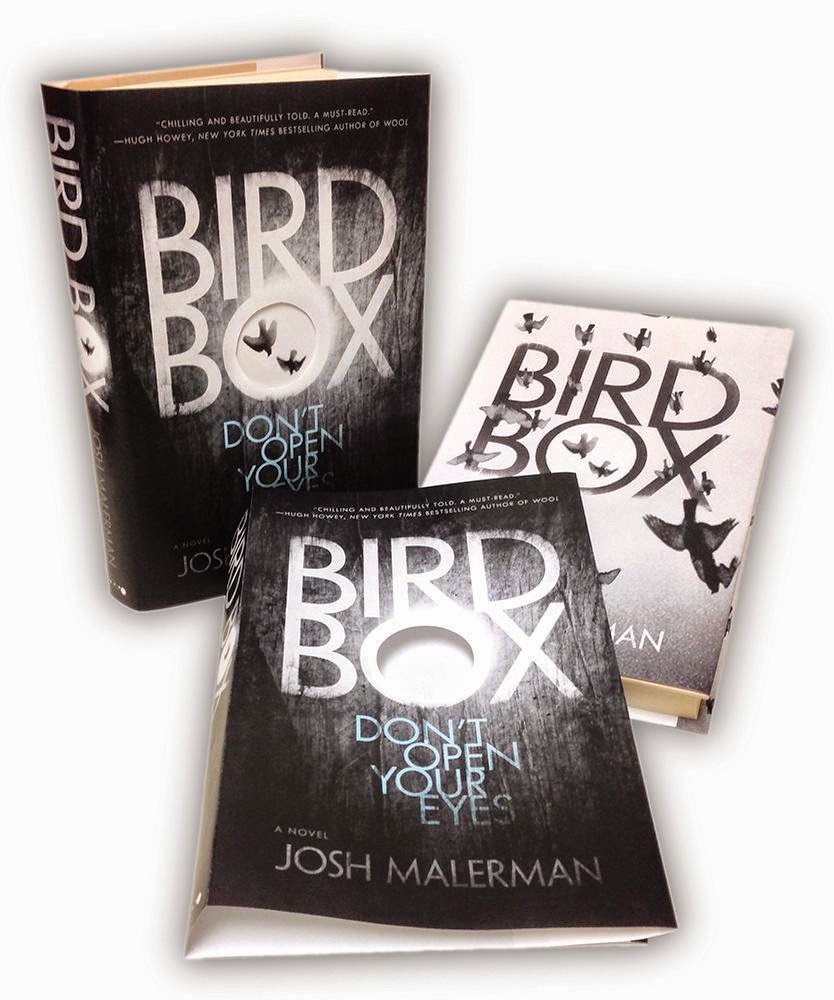 Goodreads synopsis:
Most people ignored the outrageous reports on the news. But they became too frequent, they became too real. And soon, they began happening down the street. Then the Internet died. The television and radio went silent. The phones stopped ringing. And we couldn't look outside anymore. Malorie raises the children the only way she can; indoors. The house is quiet. The doors are locked, the curtains are closed, mattresses are nailed over the windows. They are out there. She might let them in. The children sleep in the bedroom across the hall. Soon she will have to wake them. Soon she will have to blindfold them. Today they must leave the house. Today they will risk everything.

What I thought:
I would classify Bird Box as Horror Light.
I know a lot of people have written in their reviews "Don't read this before bed!",  but for me, this novel didn't get under my skin the way Henry James, Stephen King, or even a good zombie novel will. Nor was it as ghastly and horrific as a James A. Moore novel.

The novel is a fun romp through a horrific landscape, and reminded me a bit of "The Happening" (except much, much better). Most of this novel takes place in flashback, which works really well to keep the reader's interest and not bog down the actual act of Malorie and the kids leaving the house with what seem like contrived events.

The "big bad" in this novel, for me, was excellent. It was an unexplained phenomenon, with many theories thrown out as to what it was, but with no one truly knowing. I appreciate that there was no true answer given, and that the only way to really find out was to look, which, of course, had deadly consequences. The fact that you never got a straight answer really upped the creepy factor, because it left you in the same boat as the people experiencing what was going on.

There were a few things that bothered me a little about the book too. The first thing was the nature of the way people died. In the beginning, it seemed that people were prone to kill their loved ones and then kill themselves, but later on, it seemed they lost interest in being murderous and instead were just suicidal. For me, since I felt like we didn't get to know any of the characters particularly well, it would have been scarier if the phenomenon victims kept a more murderous intent.

The second thing that bothered me was one of the later plot twists. I don't want to spoil anything, so I'll just say that while the whole thing was actually foreshadowed in a way I appreciate, the event itself was something I saw coming a mile away. It's a plot twist that's been used before, so with the rest of the book being so interesting and refreshingly original, I kind of wish this major point in the story had been too.

Overall:
This was a really enjoyable, fast read. Perfect for the upcoming Halloween season! 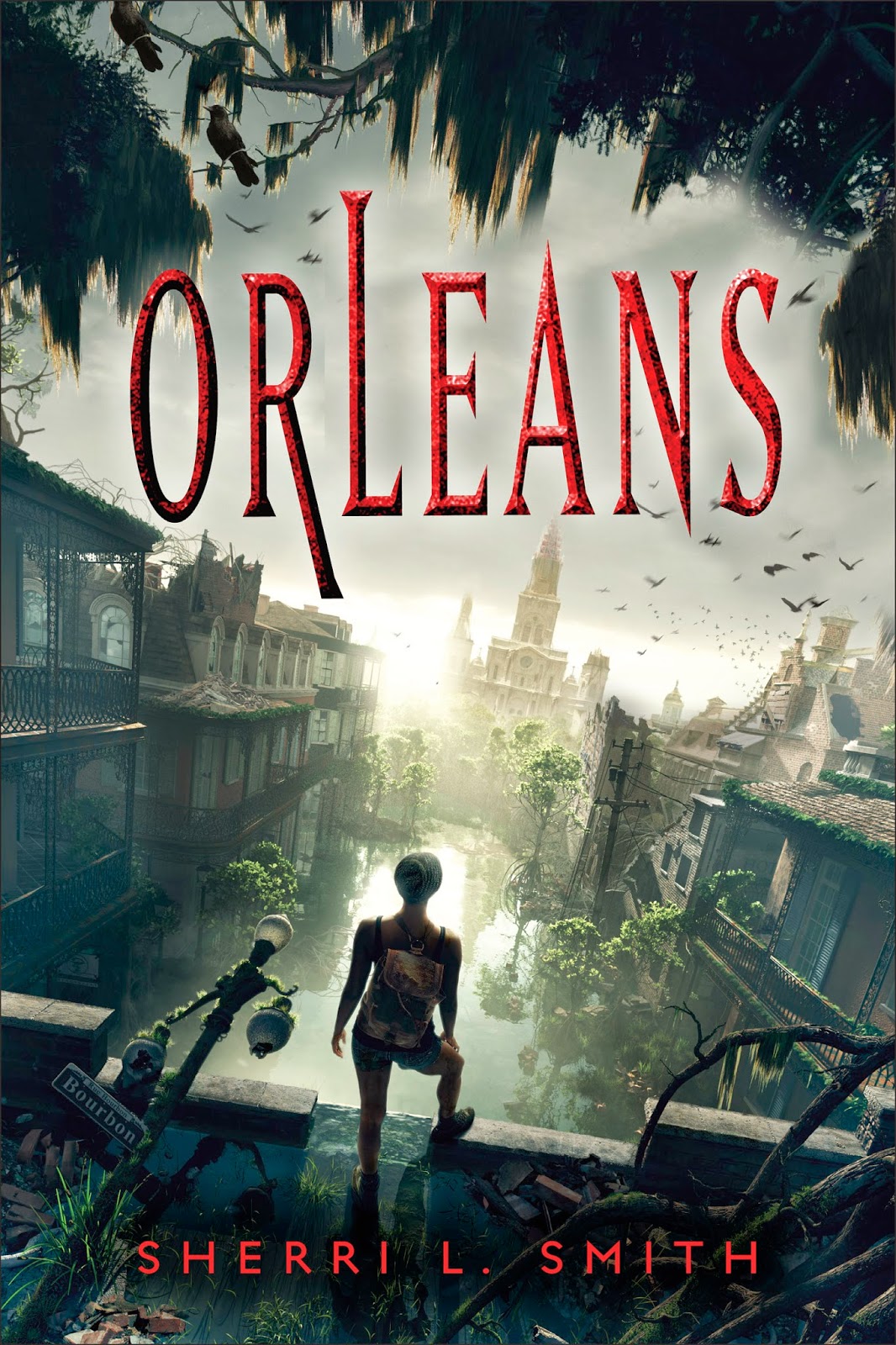 Synopsis from Goodreads:
After a string of devastating hurricanes and a severe outbreak of Delta Fever, the Gulf Coast has been quarantined. Years later, residents of the Outer States are under the assumption that life in the Delta is all but extinct… but in reality, a new primitive society has been born.

Fen de la Guerre is living with the O-Positive blood tribe in the Delta when they are ambushed. Left with her tribe leader’s newborn, Fen is determined to get the baby to a better life over the wall before her blood becomes tainted. Fen meets Daniel, a scientist from the Outer States who has snuck into the Delta illegally. Brought together by chance, kept together by danger, Fen and Daniel navigate the wasteland of Orleans. In the end, they are each other’s last hope for survival.

What I thought:
First off, as an O-Neg, the whole concept of this book was terrifying to me!

Let's talk about the story and writing though.
This book is written from Fen and Daniel's point of view,
and when we're listening to the world through Fen's voice, it's a very distinct voice,
and much like reading a Mark Twain book, it's at first a little jarring.

It didn't take me long to get into the groove of it, though, and once I got going, I couldn't stop.
I sat down and read this book start to finish in one sitting.

Fen's story is heart-breaking, heroic, inspirational and terrifying.
At every turn you find yourself hoping for the best but expecting the worst.

Fen's ethnic background is incredibly different from mine,
but I had no problem relating to this character, because she's not really dealing with
common problems a typical American teen would have to deal with.
She's so far removed from the world I know,
the world any of us really knows,
that I related to this character on a more visceral level.

Daniel, on the other hand, was someone I had an easier time relating to,
in terms of lifestyle. He stumbled into things in a way that was believable...
and I feel like if I were going to be a character int his book, it might be him,
but without being so incredibly lucky.

12 Quotes from Authors to remember when starting your first novel

This is a link to a great post on io9: