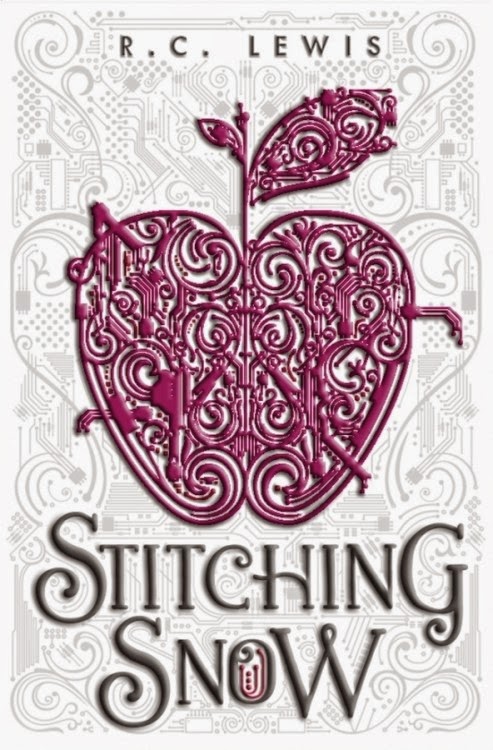 This was a book that could use some refining.
The idea behind it was good, and I really would have loved to have seen more of the political story, more about stitching (it was so glossed over... and if you're going to write in this thread ((retelling fairytales where the main princess is technologically savvy), where you have a lovely book like Cinder by Marissa Meyer, then your leading lady better at least sound like she knows something), the story of her mother, kip, Dane, etc, really delved into... but that just didn't happen.

I'm all about YA novels that can wrap it up all in one book...
and I almost hate to say it,
but this book really deserved the time and pacing of a trilogy.

The writing style was engaging, and I'm sure if they'd had time to be more developed, the characters would have been as well... but they weren't, and the last third of the book was like being in a car crash. It just hit you, and then it was over, leaving you to wonder what the heck just happened.

Sadly, that wasn't what bothered me the most about this book.
The thing that really bothered me, the thing still bothering me, and the reason I won't pass this book on to anyone, was the relationship between Snow and her Father.

Essentially, her Father was a Pedophile, and evidently, before she ran away, he would force himself upon Snow regularly while everyone turned a blind eye (mind you, she was pretty small when she ran away)... and yet, this whole subject was treated callously. It wasn't even really mentioned until Snow got back to her home planet.
Now... if it were me in her situation, and someone was trying to take me back to that, it would be at the FRONT of my mind, and even if I didn't want to tell anyone about it, I'd still be thinking about it all the time, and fighting to NOT go back to that situation. OR, if I were the type of character who was going back for revenge, I'd still be thinking about it all the time, and I'd not only be angry with my father, but with EVERYONE who just let it happen... but Snow rarely mentioned it, or thought about it at all, until it was convenient.

It felt like that was only in there to give them an excuse to murder her Father, which also bothers me... considering they never found out if he knew *anything* about what was really going on in his kingdom. It was such a jarring, weird, poorly executed plot device.

I didn't give this book one squid, because I feel it does have redeeming qualities... it could have been a really fun book to read... and the first half of it with the slower pacing and more story development was a cute read... but so many things about the last half of this book bother me.

Overall: I wouldn't recommend this book.
Posted by Heather at 7:57 PM No comments: